I didn't do much today. I visited a friend who is currently moving to a new place. I dropped by his old place and picked him up. He showed me his new place. He had warned me that it was pretty bad, but when I got there I was surprised. It wasn't as bad as I thought. In Japan I had been in and seen several shitholes here.

His place was rough, compared to the place I live. His toliet is Japanese style: 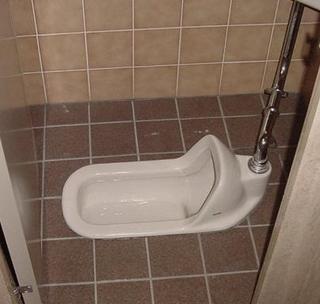 The image pictured above is connected to a sewage system. My friend's place is not. It has a huge pan that sits under the flooring. When you deposit your waste, the huge pan collects it. Every month, a truck comes by and sucks out the pan. It smells horrendous.

Luckily my friend Rob, says they'll be getting a western style upgrade in a month or two. I sure hope they do.

His place wasn't so bad, but compared to western standards it was the pits. In fact they are doing some serious remodeling because of the poor condition. They are painting every room with two coats of paint.

The kitchen cabinets were rotten. So when I walked in I saw a bare concrete wall. He and his wife had ripped out the old cabinets, and the kitchen hood and fan. The builder had used an empty cabinet as a hood, cut a square hole in the bottom of it, and mounted a fan inside. This sucked up all the grease and grime from countless years of cooking into the cabinets. It was awful. So they are debating how to repair the cabinets.

The flooring is made of 1/5 inch plywood slats about 10cm X 20cm. There are generally 40 in a room. The rooms are quite small. Well the plywood underflooring is hardly adequate. So I am going to help out tomorrow to add another 1/5 inch plywood base, which should make it sturdier. I'll take my jigsaw, and drill to help out. Hopefully we can get it done and make their apartment safer.

On top of the plywood are tatami mats: 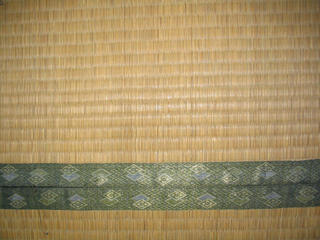 These are brand new given by the apartment manager. So during the repairs they have been moved into storage to keep them from getting damaged or painted on.

There are some dangerous aspects of the apartment. It's got a 2 switch circuit breaker. I think it will support less than 1000 watts. It's small. And one of the switches inside the breaker, broke. Instead of repairing the old switch and replacing it with a new one, they wired a switch with wire hanging out of the circuit breaker box... it looks quite dangerous and ghettoed.

Along the danger line, it has a gas pipe mounted right behind the area where the gas burners are to be installed in the kitchen. It looks awful and dangerous. And Rob calls a guy who is a pipe fitter, and asked him about the rules for gas piping in Japan, and he was told there are no rules. 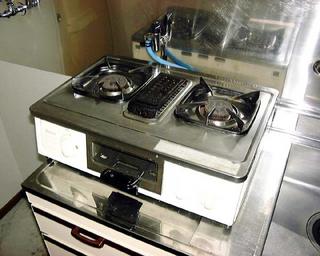 The place is a two story aparment. It's probably about 800 square feet or less. The bathroom is separate from the toilet. This is typical in Japan and I like this. Who wants to take a shower or bath right next to the place where your poop goes? Nasty.. western styled bathrooms are sickening now that I think about it.

But the tub is tiny. I have a small bathtub in my place but his was about 20cm's smaller in both directions.

The good things about the place is the apartment building is for teachers. It's teacher housing. They have a small area out front, and a backyard as well. Most of the other flooring in the place is made of wood. It looks very nice.

The greatest aspect is the rent. I think they pay around 10,000 yen a month and this includes a parking area fee of 2500 yen. The rent is very cheap, despite the fact that the building is in bad condition.

I will try to bring my camera and take some shots of the place so you can get a better idea of what I am talking about. Like a before and after. It should be interesting.
Posted by Big Booger at 12:21 AM 3 comments:

Today was a real bore. My wife had a traditional "noh" singing performance today. I didn't attend because it is in Japanese and I don't know what is going on... it sounds like Gregorian chanting or something but like dogs barking instead. "Noh" is a traditional drama performed in Japan. The worlds are spoken in an ancient dialect much like Old English today. Imagine people performing Shakespeare and you'll get the idea. 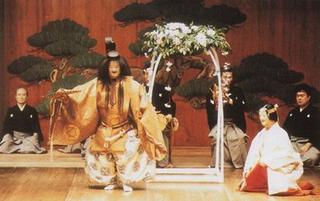 I finally watched the Dukes of Hazzard 2005. That movie sucked. I mean the acting was good, and funny, but the story just repeated the same old lame one liners from the TV series. Boss Hogg was skinny ass Burt Reynolds, Uncle Jessie was Willie Nelson... there were so many changes where there shouldn't have been. It was really odd. 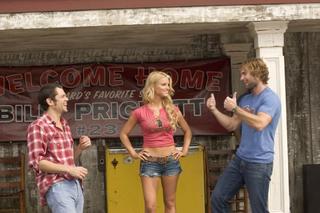 Yesterday I went to eat yakitori with my wife and father-in-law. It was good but the place was filled with second-hand smoke. Japan hasn't caught up with the rest of the world in terms of smoke prohibition/separation. Yakitori is basically just skewered chicken grilled and marinated with special sauces. Japan has many kinds of yakitori bars and restaurants. 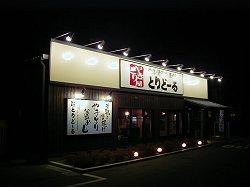 We also walked our dog Tiger yesterday. She was going awol because she wanted to walk. So we took her out on a walk and let her run free in the barren rice fields. She loves to do that. It was windy yesterday and looked like autumn. The first thing Tiger did when we let her loose was run straight for the ditches filled with water. She got spider webs all on her face. It was funny. 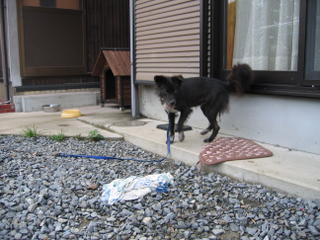 Thought I'd post up a bit about my recent trip to Shikoku. Shikoku is an island off the coast of the mainland in western Japan. The southern part of Shikoku is very beautiful while the Northern section is a total dump. We drove through the northern side and saw lots of industrial zones, oil tankers, huge oil tanks, and all kinds of chemical manufacturing on the island. It was just awful.

The reason we went to Shikoku was to check out bull fighting in Uwajima, Japan. I had a good time seeing two bulls pitted against each other in a horn off. They butted back and forth until one bull either ran away or fell down. 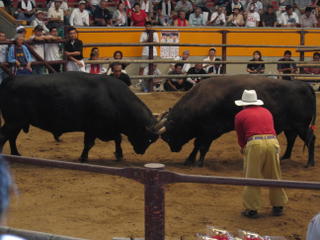 The bulls go ape shit once they get in the ring with another bull. They need very little encouragement from their trainers. It's quite amazing to see this. It's very natural for them. And for those worried about the treatment of the animals, the trainers treat them more like pets than beasts. The bulls are shining before the match, they look quite healthy and in tip top condition.

The tradition is supposed to come from the Dutch who about 400 years ago brought two bulls as a gift to a Shogun in Japan. When they unloaded the two bulls, they just started fighting which is how bull fighting as it is known in Japan came to be.

I will post a link below of an AVI I captured with my digital camera. It's poor quality due to the fact that the camera is a still photo camera, but you can get a general idea of what bullfighting looks like.

The bulls get a rank based on the performance. The ranking system of bullfighting is very similar to Sumo in Japan. There are Grand Champions, Champions and others. This year on August 14th, 2005 the Grand Champion was a bull from Ehime prefecture in Japan.

One really interesting fact about bullfighting in Japan is the fact that the losing bull wins more money. The reason is that the winning bull has won and thus has more pride. So they get their pride but with less money.

And finally many of the spectators were placing bets on the bullfighting matches much like any other betting is done on sports. Quite a few million yen were exchanged during this match.

I thoroughly enjoyed bullfighting in Japan and recommend it as a neat item to catch if you can while you are in the area where it is being held.
Posted by Big Booger at 9:52 PM No comments: 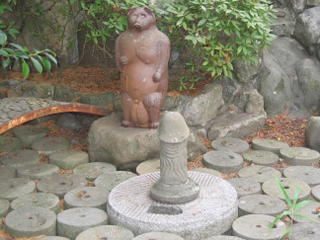 This is my first day to blog on Blogger. I haven't a clue as to what my theme will be but when I decide I am sure it will be interesting. I am currently living in Japan so I am quite sure the theme will revolve around Japan, but the who and what and where and when and so on are not clear to me at this juncture.

I don't want to post the same old tripe that you get on other blogs so we'll see what I can come up with in the near future. Stay tuned.
Posted by Big Booger at 9:24 PM No comments: